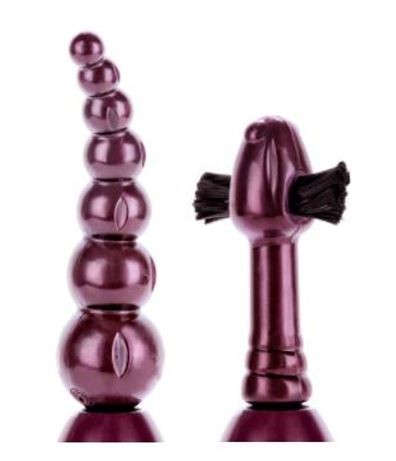 Description Evaluations 0
Description
Oscillation instead of vibration - with a Swiss patent to ecstasy The... more
Close menu

The "French Legionnaire's Mustache®" attachment is the next ultimate and nifty invention. Due to its extraordinary appearance, this essay stands out from everything you have seen so far. You can use this attachment both inside and outside the vagina. Either for intensive stimulation in the vaginal area or for stimulation on the clitoris and the outer labia. No matter how you decide, you will experience unlimited pleasure with this globally unique, lustful head, which works with mechanical movements and sound movements of 3.5 m / s behind the tip of the extra-fine bristles.

The attachments are made of a soft material so that they are more flexible and give a more intense feeling.

The “French Legionnaire's Mustache®” and “Seven Pearls of the Orient®” attachments fit all models of the Eroscillator. This is not included in the scope of delivery.